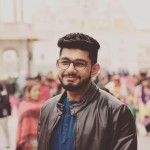 Mac Task Manager | How to Use Mac Activity Monitor?

Are you a new Mac OS user?

You want to know how to open Mac Task Manager.

We will tell you how to open task manager in Mac and use it like a pro.

In Windows to Force quit or shut down a task, there is ctrl + alt + delete (Windows Task Manager). In Mac, it is known as Activity Monitor. Yes, Mac OS has its own task manager. Mac’s activity monitor makes your life simpler. With Activity monitor, you can check your system memory usage, kill tasks or unresponding apps and much more.

How to Open Task Manager on Mac?

There are two ways to open Mac Activity Monitor. Let’s have look at the first one.

How can you Force Quit on Mac?

To force quit an app or software you just press Alt + Command (⌘) + Esc and you can choose the app which you want to shut down. Wasn’t that like a cake walk?

How to Use Activity Monitor?

Mac OS task manager is a bit different than windows task manager. When you will open mac activity monitor you will see 5 panes. Let’s talk in brief what all these 5 panes can help you to monitor and manage your task mac manager.

This Tab shows your CPU processors activity. Click on the “% CPU“. It will show you the percentage of CPU used by each process. This tab can help you to find out which processor is slowing your mac, increasing mac temperature and lot more.

Few more things you can monitor when you look below the pane:

Memory pane of your mac activity monitor shows how your system’s memory is being used.

Things you can analyze in memory tab of your activity monitor:

If you have a mac laptop then this tab is very useful for you. It tells you which of the apps is using more energy. This can be very helpful when you are out somewhere with your mac and you don’t have your charger. You can close the apps which are consuming more energy and run your laptop for a longer period.

Here you can see data of each processes your disk reads and reads out (IO) that is the number of times Mac access the disk to read and write. You can check where your disk space is being used up the most.

Network tab shows you that which of the processes revives and sends most of the data. The information below the tab shows gives you a glimpse of the activity of network on your Mac.

Go On, Tell Us What You Think!

Did we miss something?  Come on! Tell us what you think about our article on Mac task manager in the comments section.

An Entrepreneur, a marketer, a techie and a fitness enthusiast. I love to learn and try new things.

What is Paypal | How Does Paypal Work?

How to Record Video on Mac Using QuickTime Player?

What is Cached Data | How to Clear Cache or Data on Phone?

This site uses Akismet to reduce spam. Learn how your comment data is processed.

How to Record Video on Mac Using QuickTime Player?
August 3, 2019